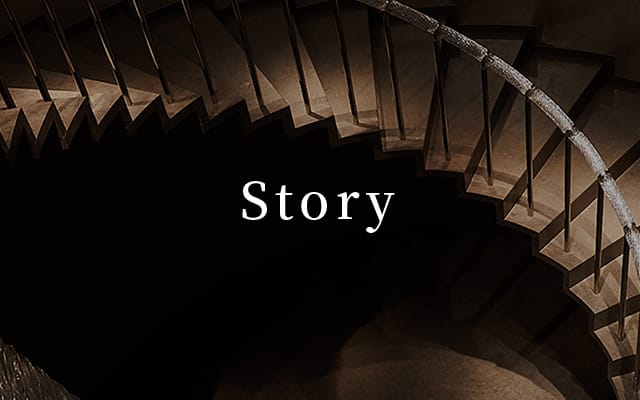 Musée Tomo was established with the collection of contemporary ceramics personally collected by a woman called Kikuchi Tomo (1923-2016) as its basis. Ever since its opening in 2003, exhibitions focusing mainly individually on deceased ceramists who left their marks in contemporary ceramics or those currently active have been held three to four times a year.

Her father, Kikuchi Kanjitsu (1885-1967), inaugurated a mining business in Takahagi, Ibaraki and was engaged in the energy industry managing companies.

It was in the early 1940s, during World War II, that Kikuchi Tomo came across ceramics. Kanjitsu built a noborigama (climbing kiln) for the ceramists from Seto who had come to work in Takahagi, Ibaraki under the National Requisition Ordinance and Tomo, who had evacuated from Tokyo, happened to visit it.

The sight of the clay turning into a new form enwrapped in flames left a striking impression on Tomo. At a time when she lost people close to her in the war and death was imminent, this is said to have been an intense experience that affected her own view of life and death.

The Opening of a Contemporary Ceramic Gallery, Kandori

In 1974, an opportunity to convey the charm of contemporary ceramics to a large audience arose and Tomo opened a contemporary ceramic gallery called Kandori on the lobby floor at Hotel New Otani. The gallery name derives from a story that Tomo’s father, Kanjitsu, told her when she was a child. It is said to have been a story about a man called Kandori Kanbe, who, through many twists and turns, became the largest ceramic dealer in Japan. The signboard indicating the gallery name in calligraphy was written by the Japanese-style painter Okumura Togyu and the gallery was designed by the architect Kikutake Kiyonori.

Japanese Ceramics Today, an Exhibition at the Smithsonian Institution

This exhibition also aimed at introducing contemporary ceramics not only as works of art but as containers for practical use in the Japanese lifestyle. A 4.5 and 3/4 tatami mat tearoom was set up to introduce the world of the Japanese tea ceremony and tea utensils were displayed. In a separate space, kaiseki (tea-ceremony cuisine) trays were laid out on a tatami mat and there was also a corner showing combinations of tableware reflecting the four seasons.

This exhibition proved popular and traveled on to the Victoria and Albert Museum in London from May 18th to July 17th that year. The fact that an exhibition introducing Japanese culture was appreciated in the midst of Japan-U.S. trade conflicts taught Tomo that cultural exchanges lead to a mutual understanding and enabled her to realize the significance of cultural undertakings.

Tomo decided to hold exhibitions in which the space itself would be created by the works and the display in Japan, too. There were three exhibitions held at the Kikuchi Guest House in an attempt to realize this plan. They took place on the premises where Musée Tomo currently stands. It used to be the base of Kikuchi Kanjitsu’s operations and was used as a guest house after his death. The reception hall in the guest house was refurbished as an exhibition space.

Richard Molinaroli was commissioned to design these exhibitions. He was invited to Japan and visited the ceramists to watch them at work on some occasions. Three spaces differing entirely in taste were created in accordance with the works on show.

The first exhibition held in 1985 was an individual exhibition of works by Suzuki Osamu (b.1934, currently designated a holder of Important Intangible Cultural Property “Shino”) entitled Ryuryotensho.

The second exhibition held in 1990 was an individual exhibition of works by Raku Kichizaemon XV (b.1949) entitled Tenmon. As was the case in the exhibition of Suzuki’s works, the exhibits were mainly teabowls prepared over a period of six years. While inheriting the more than 400-year-long tradition of the Raku family, Kichizaemon XV indicated his own course of formative expression, making it a significant show.

The third exhibition held in 1992 was the final individual exhibition of works by Fujimoto Yoshimichi (1919-1992, designated a holder of Important Intangible Cultural Property “Porcelain with overglaze enamels”) entitled Tokayoen. This exhibition took place in March and Fujimoto passed away in May that year.

The Opening and the Present of Musée Tomo

Having held the exhibitions at the Kikuchi Guest House, Tomo began to mull over the idea of founding a museum. In due course, she established the Kikuchi Foundation and opened Musée Tomo in 2003. The galleries are designed by Richard Molinaroli and Tomo’s sense of beauty is reflected in every corner.

Based on Tomo’s collection, at Musée Tomo, we show modern and contemporary, mainly postwar, ceramics in Japan. In addition to group and individual exhibitions, Kikuchi Biennale, which is held every other year and accepts ceramic entries from the public, will be held for the eighth time this fiscal year and plays the role of an opportunity for artists of the coming generation to present their works. With focus on various fields in crafts, we also endeavor to convey the charms of crafts by planning exhibitions in which craftsmen who produce high quality, fine works are featured.